Payback. How ergonomics delivers on the bottom line

Ergonomics, the process of making products and systems comfortable and efficient for people to use, such as improving a workstation environment so that users can work comfortably, has very real benefits for the bottom line.

But although it can deliver a major boost to business, many employers across Europe are yet to engage with the process. By not taking ergonomics on board, they are likely to be less efficient than they could be.

The return on investment, or ROI, of ergonomics, is critical knowledge for employers who believe that making people more comfortable is just ‘nice to have’ rather than essential.

Among the factors that every organisation should weigh up are the following. By comparing these, and their costs, against an investment in new ergonomic equipment and processes, the value can soon become clear: 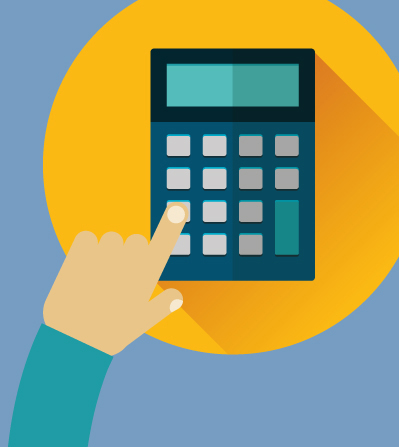 The price of workplace absence

A first step is to consider the average number of sick days taken by employees.

The Working Conditions and Workers’ Health1 report by Eurofound revealed that employees are absent from their workplace due to sickness for an average of six days each year.

The average sickness absence ranges from four days for men in the Central-Eastern countries to nine days for women in Northern European countries.

And bad necks, shoulders and backs are contributing to these absence rates. Musculoskeletal disorders are one of the most common causes of disability, sick leave and early retirement according to the European Agency2 for Safety and Health at Work.

By designing a workplace for good posture, fewer movements and better safety, people can work more efficiently. On the other hand, poor ergonomics can lead to unwell, injured or uncomfortable employees who are unlikely to be as productive as they could be.

According to 2013 Labour Force Survey data, 60.1% of people questioned reported a musculoskeletal disorder in the previous 12 months that was caused or made worse by their work.

In the sixth European Working Conditions Survey3 (EWCS) 2015, 44.6% of employees or self-employed people reported problems with backache in the previous 12 months, while 44.4% cited problems with muscular pains in the shoulders, neck and/or upper limbs.

Beyond lost working time and lowered productivity, employers across Europe face a number of costs when an employee is injured.

These include not only insurance costs, such as compensation payments and insurance premiums, but also the administrative costs of reporting and dealing with workplace-related injuries.

In terms of the potential nationwide costs, one study4 looked at the healthcare, productivity and administration costs of accidents and ill-health in workplaces across the UK in 2010/11, and calculated a total cost of £13.4 billion, or around 1% of GDP. Another study in the Netherlands5 estimated a cost of €12.7 billion Euros, or 3% of GDP

Poor ergonomics leads to employees unable to work comfortably or easily, which can create frustration and dissatisfaction within the workplace.

On the other hand, workers can see that their comfort and safety is valued when employers invest in ergonomics. By visibly demonstrating their commitment to employee wellbeing, employers are likely to encourage greater loyalty and higher morale.